UK South Coast looks like the same as here, with wind returning late Monday and from Tuesday onwards?

Saw that yesterday was indeed enough for Foils and Wings

Meanwhile, here in Los Caños de Meca, I finally grew some balls and handled conditions on a six.

That was after first launching on a 10.5 and TwinTip then for here the wind bizarrely filled in from the SE. I was going to go 8 but the wind kept picking up and people were changing to smaller kites.

It also wasn't so busy on the water so a very nice session on the surfboard.

And that will point to a new location talking to "locals", 12 km up the road, Conil.

And now the kites 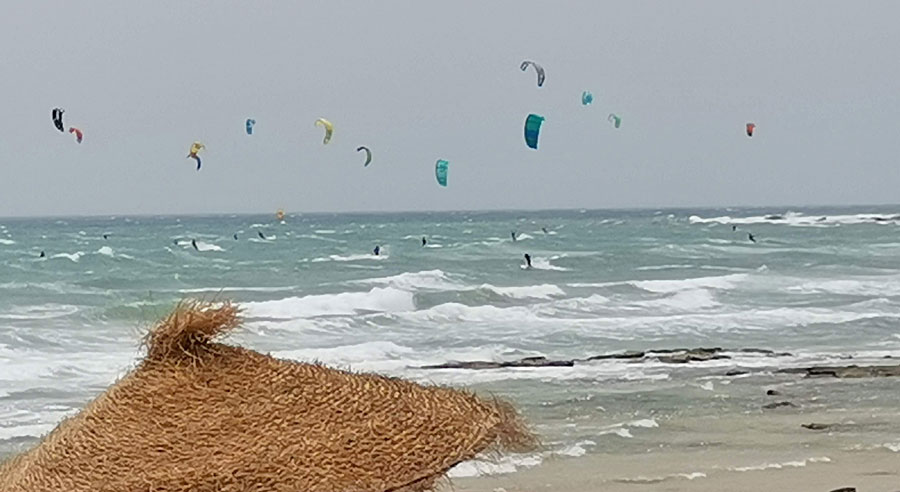 Day before in Valdevaqueros, Tarifa almost three years to the day I bumped into the Legend again.

That said the next hour or so was not too good as I launched in Nuking winds, I was a little suspicious about my kite but the guy launching me said I needed to go off the wind some more and that it was the gusts, once in the shallows it was obvious that I'd lost air in the bladder so no option as kite was uncontrollable to throw the safety right in front of all on the beach who were not chancing the ballistic winds!

Luckily, a couple jumped in and helped me out. 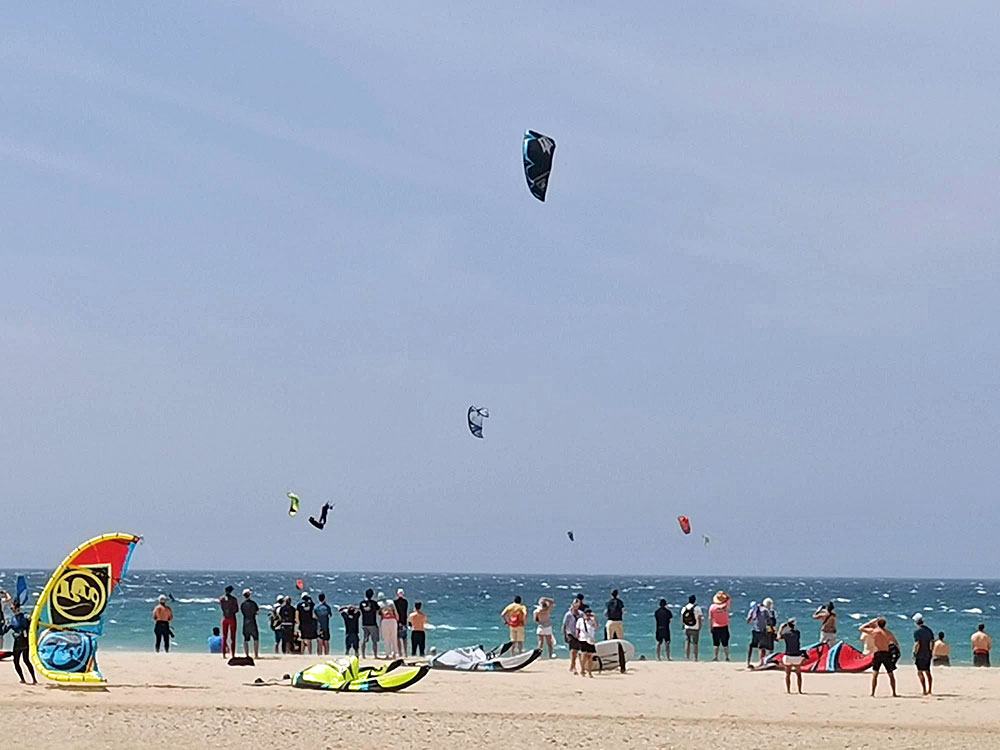 Another 45mins or so and the winds were stronger as forecast, so I drove back the 50km to our base in Los Caños de Meca, where the wind's usually lighter than Tarifa, there were already many out on the water and there was a punchy wave, so decided to get back on the horse and had a good session on the 8m, albeit on a TwinTip as I wanted to get dialled in to the Devils Tack.

NB: Rain radar and forecast at the bottom of the page.

THESE GAUGES WILL NOW UPDATE ABOUT EVERY 3 SECONDS